Bhutanese prefer spicy foods. But when meals are presented with additional hot spicy pickles, they love it more. The practice of handmade pickles may not be common around towns. They are easily assessable to readymade ones imported from India or popular Bhutanese ones such as Shakam Azey. However, in rural places, the practice of making pickles is commonly seen.

Most of the people, especially Southern and eastern people prefer Indian food. Spices, therefore, become an integral part of the meals. They prepare handmade pickles for self-consumption; however, it is also used as servings during rituals and gifts for the guests who hail from the town. The practice has been transcended from their forefathers and it is still a common practice.

A South Asian pickle, known as achar, is a pickled food, native to the Indian subcontinent, made from a variety of vegetables and fruits, preserved in brine, vinegar, or edible oils along with various Indian spices.

However, unlike in the past, people have discovered more ideas and produce a better one with more variety. Places like Tsirang and Gelephu produce the maximum and even sell them. People from other places prepare enough for them to consume.

The pickles are made in all seasons but winter is considered the best one. Talking with an elderly woman, she said that vegetables are most available during winter. She also added that the weather becomes dry and sunny. While most of the works are completed, they can prepare the pickles without a hurry.

Pickles are made with vegetables such as radish, chili, cucumber, cabbage, bamboo shoot, broccoli stems, and carrot. These vegetables can be used solo or mixed with others and produce mix pickles. Ingredients: As such, no specific ingredient is used for the purpose. The most common ingredients used are:
Garlic crushed, vinegar, salt, mustard oil, pepper crushed, and pumpkin seed crushed. However, the ingredients are not limited to these.

Bhutanese Food: 25 Best Dishes To Eat When You’re In Bhutan!

Making a pickle does not require much effort, given that all the required ingredients are at place. For instance, to make chili pickle, thoroughly wash the chilies and dry them. You can either chop them lengthwise or leave the whole. In a bowl, mix it with ingredients such as crushed mustard, oil, salt, cumin seed, and turmeric powder. In a clean jar (plastic or glass), put the preparations and tighten the cap. Keep the jar airtight and leave it under the sunlight. The pickle is ready for preparations after three to four weeks. 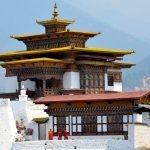