The 169-feet bronze statue of Buddha Dordenma, Vajra Throne Buddha, symbolizing indestructibility and seated on a vajra throne built at Kuensel Phodrang in Changbangdu, overlooking the capital city. It is the tallest Buddha Dordenma in the world.

Now in ruins, Kuensel Phodrang was once the palace of the 13th Desi Sherab Wangchuk. It is located some 100 meters above Thimphu on a slope. Approved by His Majesty the King and the government, the Buddha Dordenma Project is being initiated by the chairman of Menjong Chhothuen Tshogpa, Lam Tshering Wangdi, to commemorate the hundred years of monarchy in 2007. The Buddha statue will overlook the capital city. Within the gigantic bronze structure including the thri (throne) there will be enough space to house 17 stories of different Lhakhang. These include three stories within the throne, two each inside the lotus, waist, chest, face, and shoulder and one each in the legs, neck, and head.

In the first two stories, which are both 15 feet high there will be 25,000 images of 12-inch Buddha Dordenma. “Made of copper and gilded in gold they will be displayed around the walls of the meditation hall inside the throne,” Lam Tshering Wangdi told Kuensel.

“The names of the individual sponsors of the statues will be engraved on copper-plate with powder coating.”

The rooms from the third storey till the top will accommodate 100,000 statues of eight-inch Buddha Dordenma made of copper and gilded in gold placed in multi-layered grid-boxes. “We will accept donations from interested individuals for these eight-inch statues as well,” said Lam Tshering Wangdi. “The names of the donors will be inscribed separately on copper-plates, and displayed in the meditation hall.” 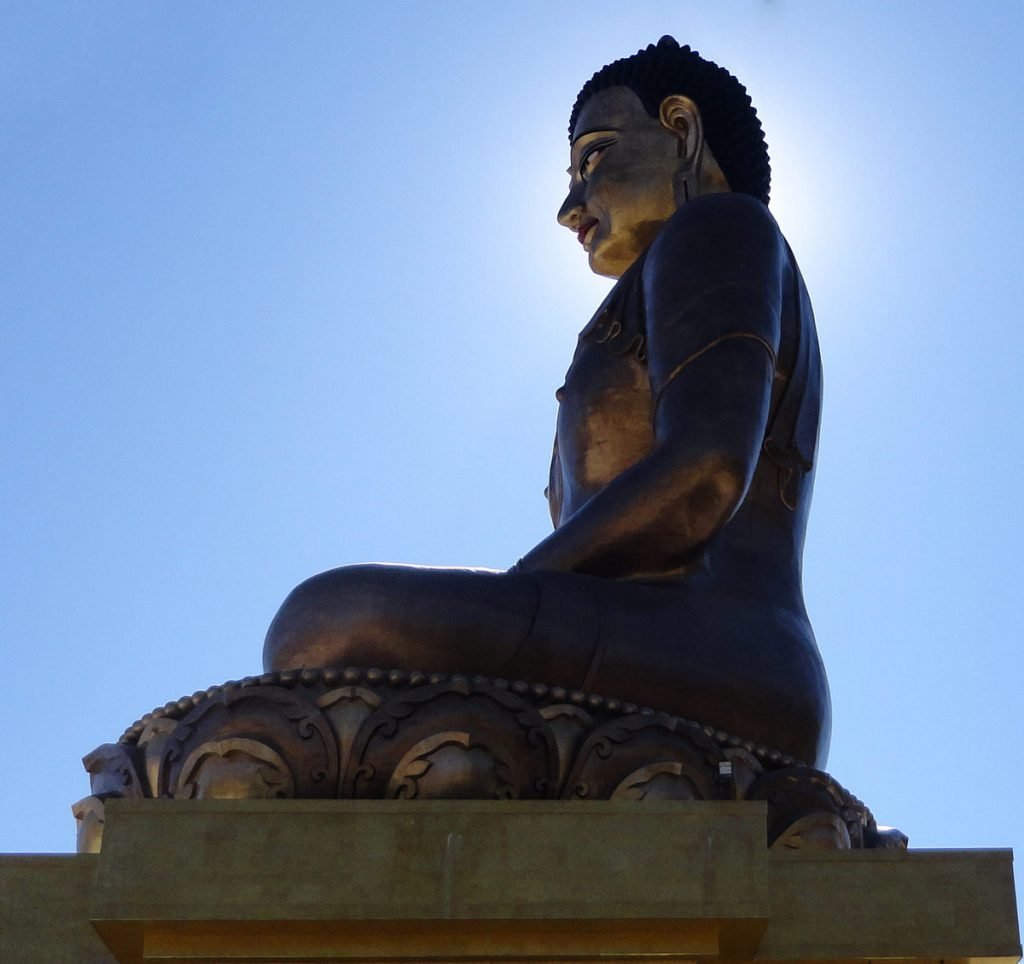 The statue is expected to be a major pilgrimage centre and a focal point for Buddhists all over the world to converge, practice, meditate and retreat.

“It is also meant to fulfill the prophecy of bestowing blessings, universal peace and happiness to the world as a whole,” Lam Tshering Wangdi told Kuensel. “I have taken this initiative in accordance with Lam Sonam Zangpo’s prophecy, a renowned yogi, who said that construction of a statue either of Guru, Buddha or Phurba in this region would bring stability, peace and prosperity in the country.”

A Singaporean businessman, Rinchen Peter Teo, is the main sponsor of the project.

What to do there?

How to get there?

The Buddha point is roughly 7kms away from the town of Thimphu. You can either take a cab or hire a bicycle and cycle your way to the point whilst enjoying the view and the climate.

Following the practices of Buddhism, the place does not charge you for anything. 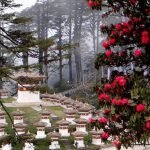